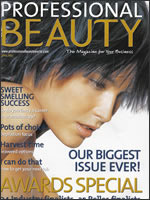 Anyone who watched the American Music Awards can’t have failed to notice the enormous breasts on show which appeared during the 1980s and well into the 1990s the trend appeared to be for women as skinny as possible but with huge breasts. But now with aging of America, the trend has shifted to younger looking bodies with a symmetrical, more feminine contour.

I am always looking for the very best surgeons to refer my domestic and international clients to and a month ago I met the king of breasts and bodies, Dr. Stuart A. Linder of Beverly Hills California (where else?).

The first thing that struck me upon meeting Dr. Linder was his level of enthusiasm, like a Jack Russell terrier! Most Beverly Hills doctors try to appear nonchalant, even blase about their work. Not Stuart Linder! The man is only 36 years old and yet he is a member of the top six medical societies in America, he has been published several times in medical journals (a Herculean bit of work on its own), ad has found time to partake in numerous research projects, including important work at UCLA, one of the Universities he attended. He has even volunteered his services for the less fortunate in Chile, Guatemala, and Venice California.

But all of this impeccable CV would mean very little if his work was not the very best I have ever seen in my long career – and I have seen every type of breast surgery and tummy tuck possible.

It is no wonder models and celebrities flock to him by the droves (sometimes he performs 6 operations a day). He has appeared on MTV, The E! Entertainment Channel, NBC, CBS and many others.

As I sat in his office looking at his book of before and afters, I was shocked at the absolute symmetry of the breast reductions and breast augmentations this man has performed. He has taken ptotic (tube shaped) breasts and created perfect pear shaped globes that would make Venus di Milo envious.

His liposuction has sculptured sagging and overblown thunder thighs into graceful legs worthy of a ballet dancer. The tummy tucks, which are some of the hardest things to achieve as fat as looking really natural, look like the taught and firm bellies of 16-year old girls. Usually the best one can hope for from a tummy tuck is a removal of excess flab — with always a slight ripple effect afterward.

His key phrase when looking at bad breast jobs, such as the boxy breast look or the over blown balloon look is an arrogant “totally unacceptable”. He tells each of his 1000 plus patients “your body is like a suit — and we are going to tailor make it better!” and he does.

I knew the answer to the next question before I asked it, but I enquired anyway.

“Dr Linder, why do you think your work always turns out so well?”

He replied “I have a passion for specific parts of the body and I focus on only those areas. I don’t do faces, I only do breasts and bodies and I work constantly to perfect my techniques while perfecting the client’s all over symmetry.”

His clients usually range from age 30 to 70, but he has performed surgery on teenagers over 18. Anyone under 18 is still in their formative years and may not have achieved their final breast size and appearance.

I carried on my questioning. “What do you take into consideration when you first consult with a patient?”

HE CITED THE FOLLOWING POINTS:

I was suprised to discover that most women who have liposuction, breast augmentation or reduction or lifting want to do it for themselves. Only about 10% have surgery because some men wanted them to look better or different.

Finally I wondered about the elasticity of the skin on older clients, especially when liposuction is performed. Linder shrugged and said, “I just did a lady in her 60s and she came out as firm and tight as a drum; it all depends on the genetics and health of the client regardless of their age.”

Dr. Linder is very aware of the advances made in aesthetic treatments over the last three decades and sends his pre-up clients to our Beverly Hills Skin Revision Centre. Skin in top condition as less chance of radical scarring and is also in prime shape for scan removal after the surgery. In breast surgery, the breast lift shows the most radical scar known to some as the anchor scar due to its shape when the areola is raised.

Another post surgery skin treatment would be used after a tummy tuck. No matter how skillfully the tissue is draped and sutured, there is always a fine scar around the entire hip line. Current skin revision treatments combined with electromagnetic wave therapy are minimizing this pencil line scar to be almost invisible.

I am currently preparing a series of articles complete with step by step procedures that beauty therapists can do working with surgeons specializing in body surgery. Unfortunately out research is on real people with real problems so the series will take a bit of time.

How did Dr. Linder get into such work, I wondered? In asking this I discovered we have a famous friend in common. I have recently been asked to be a board member of a prestigious charitable foundation called Facing Forward. This organization raises funds to help people with horrible birth defects or victims of severe accidents and violent crimes who have no money for the intense surgeries required. Facing Forward was actually started by British actress Louise Ashby who herself had half her face ripped off, lost an eye and suffered a party crushed skull during a car crash in Hollywood a few years ago.

Her life was saved but few surgeons would take on the devastating job of even trying to restore her beauty. It was the world famous Japanese American reconstructive surgeon, Dr. Henry Kawamoto, who saved Louise’s face and beauty (and life). Together they started the Facing Forward Foundation and I came aboard last year because of our research in scar revision and pre and post surgical skin treatment. It was Dr. Kawamoto who inspired Dr. Stuart Linder, when Stuart was 13 years old. His father, working as an anaesthetist for Dr. Kawamoto, invited his son to view a skill operation hoping to interest Stuart into following his footsteps into anaesthetics. Little Stuart was much more fascinated with what Dr. Kawamoto was doing up at the patient’s head — and thus began a life long commitment to be a top surgeon.

For more info on Dr. Stuart A Linder log onto www.drlinder.com.