Recently, the U.S. Preventive Services Task Force has changed the screening mammography for women in the United States to 50 years of age.  I believe this is a very controversial subject and topic and there are pros and cons certainly on both sides of the issue.  However, as a Board Certified Plastic and Reconstructive Surgeon,  a Diplomate of the American Board of Plastic Surgery, a Fellow of the American College of Surgeons and as a specialist in breast surgery, including breast augmentation, breast revision, breast lifts and breast reduction surgery, I strongly oppose this new change for several reasons.

First of all, breast cancer is one of the most common forms of malignancy found in women in the United States today.  Screening mammographies in general are quite inexpensive, ranging between $80 and $150.  I believe this is a small price to pay to detect early pre-malignant or malignant cancers in younger females in their 30’s and 40’s. 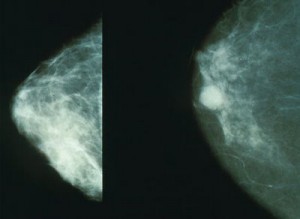 Personally, I believe that all women at 40 years of age, regardless of family history, should have screening mammographies unequivocally.  Patients who undergo breast surgery, including implants, breast reductions and breast lifts should undergo preoperative diagnostic and screening mammographies at the age of 35.  Multiple studies have shown that mammograms at 40 years of age save lives.  Dr. Vogel has cited several lines of evidence which support the American Cancer Society’s recommendation for screening mammographies for women between the age of 40 and 49, including evidence of early detection of breast cancer and how it does save lives as seen in the Journal of American Medicine in the 1995 issue.  Certainly, increasing screening mammographies to 50 years of age will save billions of dollars a year, but at what price?  Unquestionably, cancers will be undetected in women in their 30’s and 40’s with an increased risk of metastasis and certainly an increased risk of mortality.  In fact, in my practice we have performed breast reconstruction operations for bilateral mastectomy patients in their late 20’s and early 30’s.  If these patients had not had mammographies they would certainly be dead.  Therefore, for the above reasons, I will continue to recommend mammograms for all women at the age of 40, for any woman with a family diathesis of breast cancer at the age of 35 and for all women who undergo any type of breast surgery as well at the age of 35.