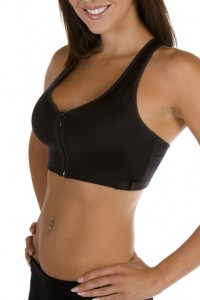 Saline or silicone implants may be placed in one or two planes, either the subglandular retromammary or the dual plane technique or subpectoral two-thirds under the muscle, one-third over.  The majority of our patients with primary augmentation we prefer the dual plane technique, placing the implant behind the muscle along the medial two-thirds and behind the glandular tissue on the lateral outer-third.  However, patients who have endomorphic build such as barrel chest deformity or severe pectus excavatum with thick breast tissue may do well with implants placed in the subglandular pocket.

Advantages of the dual plane technique include decreased visibility and palpability, decreased scar tissue contracture or ease for mammography for the radiologist.  Disadvantages of the subpectoral pocket include more pain, stiffness, and sometimes flexion deformities when the parasternal attachments of the pectoralis major muscle are not released.  Advantages of subglandular include easy placement, less pain postop; however, many disadvantages including increased risk of scar tissue contracture, difficulty reading mammograms, more visibility, palpability of the bag and a less natural appearance.